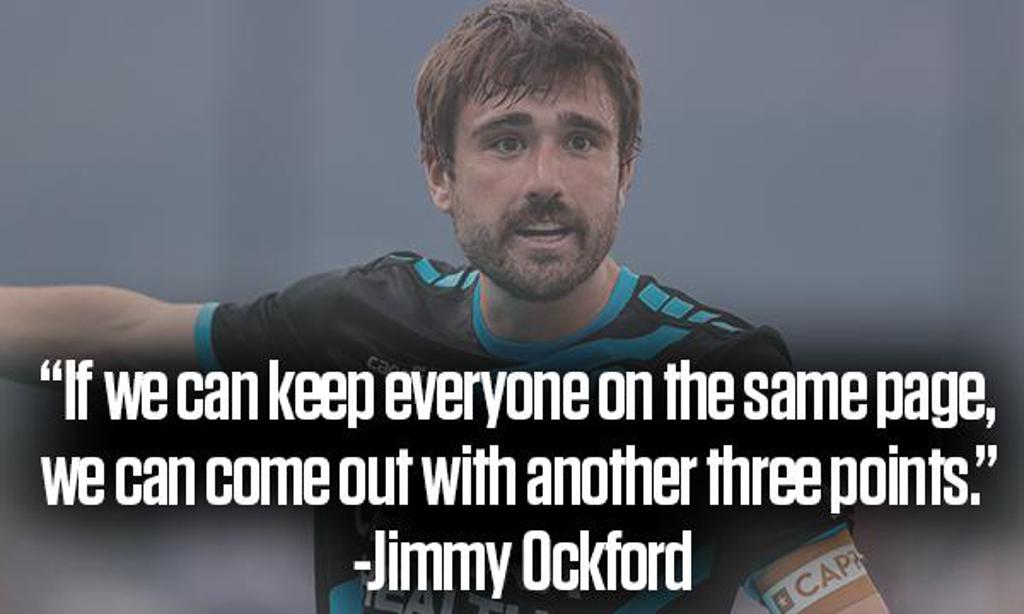 On the heels of a record-setting win at Weidner Field in downtown Colorado Springs, the Switchbacks head to Texas’ capital city for a Tuesday night matchup with the Austin Bold.  Starting at 7pm MT, the game will be broadcast live by the voice of the Switchbacks, Ryan Kaufman, on XTRA Sports 1300 AM and xtrasports1300.com.

On Wednesday night, the Switchbacks recorded their inaugural victory at Weidner Field as they swept aside the Tacoma Defiance 4-2 behind goals from Deshane Beckford, Hadji Barry, and a brace from Michee Ngalina. 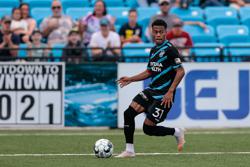 “That win gives us a lot of confidence – we’ve been playing well,” said Deshane Beckford.  “We saw the victory coming and we worked hard for it and we got it.  My weapon is my speed, so I use it as my advantage and do everything I can to work towards getting goals and the victory.”

“We definitely have a lot of momentum now,” said Switchbacks captain Jimmy Ockford.  “That was a huge three points – our first three points at home as well – and the group was buzzing after that, and now all eyes will be on Tuesday in Austin.  Everyone did their job against Tacoma.  A lot of the guys who came into the lineup, and came off the bench, did really well for us – and we needed their defensive work in an important moment in the game to keep the three points.” 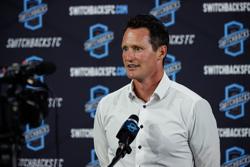 “The win helps quite a bit, and to score four goals in any game really boosts the mood,” said Switchbacks Head Coach Brendan Burke.  “After the game in El Paso we know a little bit about what to expect down in Texas in terms of the temperatures down there.  I think rotation will be important for us this week with the New Mexico game on Friday.  So while we focus on one game at a time, the personnel might be different from game to game.  We have a ton of short-turnarounds now this year because of the way the schedule played out, so it will be extremely important to have at least two players that we can trust in every position because we’re going to deal with injuries.  We’re already dealing with multiple long-term injuries, so we need to be sharp all the way down to the last man.”

Austin Bold were set to play on the road Saturday night against the Birmingham Legion, but the match at BBVA Field was abandoned late in the first half due to unplayable field conditions after heavy rains in north central Alabama.  Before Saturday night’s postponement, the Bold had recorded two wins and a draw in their last three matches, with former Wake Forest Demon Deacon Sean Okoli leading the Bold’s scoring-chart with two goals in 2021.

“They [Austin] are a team that can sit back, so we have to be patient to try to catch them on counterattacks and play well to get the win there,” said Deshane Beckford.  “We have a good amount of fitness, so we have to maintain and just be and play smart and go after it.”

“Austin are a little more conservative than we are in terms of their line of confrontation,” said Head Coach Burke.  “They keep the ball really well, so being able to disrupt that is very important.  Austin are very committed to playing through the lines so if we’re able to be connected and able to defend in one quadrant, we’ll be in good shape.  I’d put our front three up there with any in the league.  I think we have a lot going forward and we need to keep them in good form and keep them healthy through this busy period.  Some of the young guys are going to have to step up and eat some minutes for us and perform.”

The Switchbacks have scored 11 goals through their first six matches of the 2021 season, while the Austin Bold have logged seven goals in seven games.  Former University of North Carolina at Charlotte goalkeeper Elliot Panicco is the Bold’s undisputed first choice goalkeeper behind a defense that’s anchored by Brazilian Gustavo Rissi and Frenchman Fabien Garcia. 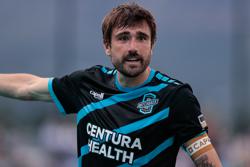 “On Tuesday we need to stick to what we know and what we do best and play our style,” said Jimmy Ockford on Saturday morning in Colorado Springs. “Keeping the ball will be very important and we need to be on-point with our pressing game, and if we can keep everyone on the same page we can come out with another three points.”

Following the game in Austin, the Switchbacks will face a short turnaround as they welcome Four Corners rivals New Mexico United to Weidner Field on Friday evening, with gates opening at 6pm MT and tickets remaining available HERE.