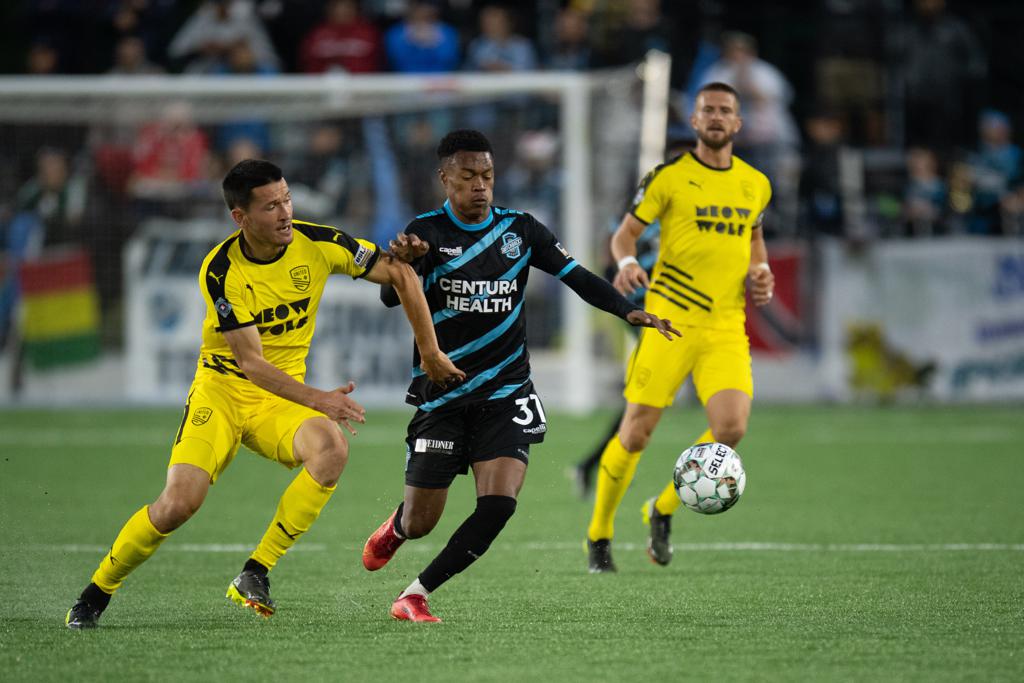 New Mexico got on the board first in the 19th minute from a corner kick that was played on the ground to the top of the penalty area. After a dummy run, the ball fell to the left foot of Josh Suggs who curled the shot to the top left corner of the goal.

Later in the half, Hadji Barry and Michee Ngalina combined on the left side of the penalty area before Ngalina hit a low shot to the bottom right corner, but Alex Tambakis made a foot save to deflect the ball out for a corner.

Just before the hour mark, the Switchbacks found an equalizer as Ngalina timed his run to get into the left side of the penalty area to slide for a tap-in finish for Deshane Beckford at the back post. The Switchbacks found a second goal to flip the script of the game when Sebastian Anderson played an inch perfect pass to Hadji Barry six yards out from goal as he deflected the ball inside the left post. That goal would mark Barry's seventh consecutive game with a goal for the Switchbacks.

With just under 20 minutes remaining, New Mexico had a cross get deflected and find Isidro Martinez who put a shot back across the frame of the goal for Anderson to make a sliding clearance off the goal-line to preserve the Switchbacks lead.

The Switchbacks closed the game out in the 82nd minute as Andre Lewis played a pass with his first touch into the path of Barry who won his footrace to get onto the ball and slot his shot right by Tambakis and into the back of the net. Barry now has ten goals in his last seven games, making him the first player to reach the double digit mark in the USL Championship this season.

Tonight's win means the Switchbacks are now riding a five game unbeaten run with three straight wins to move into third place in the Mountain Division.

The Switchbacks FC are back at Weidner Field for their next two games next week. The Switchbacks are getting the 4th of July Fireworks Celebration started on June 1 vs Orange County SC, with gates opening at 6pm MT for the match presented by Diversus Health, mental health and well-being for all. Tickets are available HERE.

The Switchbacks are hosting a 4th of July Fireworks Spectacular show after the game against Real Monarchs SLC on July 4. The game is presented by Phil Long Dealerships, who are providing seat cushions to the first 500 fans in the gates at 4pm MT, with kickoff set for 6:30pm MT. Tickets are available HERE.