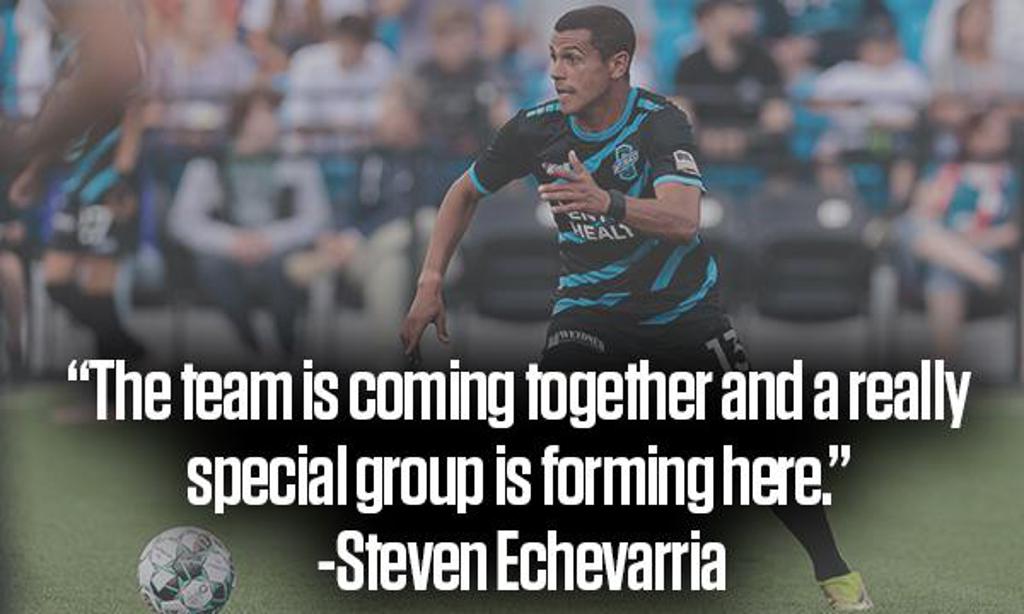 Winners of three games in a row, the Switchbacks welcome Orange County SC to Weidner Field in downtown Colorado Springs this Thursday evening, with Diversus Health sponsoring a post-match fireworks show and gates opening at 6pm MT.  The match against OC will be broadcast live by the voice of the Switchbacks, Ryan Kaufman, on XTRA Sports 1300 AM and xtrasports1300.com. 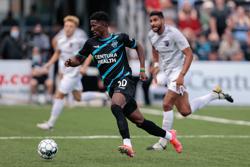 Last Friday night at Weidner Field the Switchbacks stormed to a 3-1 victory over Four Corners rivals New Mexico United behind goals from Deshane Beckford and two from the USL Championship’s top-scorer, Hadji Barry.  The only player to reach double-digits in goals so far this season, Barry was named the USL Championship Player of the Week on Tuesday morning.  “I don’t really focus too much on those awards: I’m much more of a team guy,” said Guinean Barry.  “I feel like with team success, then you can find individual success; and I’m only focused on helping the team succeed.  Right now we are all full of confidence and we’ve just got to keep it going.  We’ve got two more home games coming up and we’ve got to look at those games as a must-win.”

“It was joyous in the locker room after the game – I have not seen it like that here so far,” said Steven Echevarria.  “The team is coming together and a really special group is forming here.”

“Everyone has high spirits today and we want to keep this rolling and keep getting more wins,” said Sebastian Anderson on Monday morning.  Anderson was named on the USL Championship Team of the Week after the Switchbacks’ win against New Mexico United, alongside teammates Hadji Barry and Michee Ngalina.  “We want to ride this high and keep going.  We’ll obviously have to look at Orange County and see what they’re about, but we will focus on our game and look to do everything to get a win.  Defensively on Thursday we need to stay solid and work well together, and I have no doubt that our attack will put away a few!  And if we’re able to do that, I know that we will come away with a good result.”

Orange County SC have not played since June 23rd when a goal from Ronaldo Damus in the 4th minute helped OC record a 1-1 draw with the Los Angeles Galaxy II at Dignity Health Sports Park in Carson, California.  Haitian striker Damus leads Orange County with six goals this season.  Damus’ status for Thursday’s match in Colorado Springs is uncertain with Haiti set to play against Saint Vincent and the Grenadines on Friday in Fort Lauderdale, Florida in a CONCACAF Gold Cup qualifying match.  Damus was named to Haiti’s provisional roster by Head Coach Jean-Jacques Pierre. 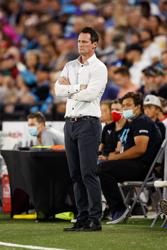 The Switchbacks concluded their 2021 preseason campaign on April 24th with a hard-fought 2-2 draw with Orange County SC at Weidner Field behind a brace from Hadji Barry.  “Orange County has been playing very well in the last few weeks and it’s been a long time since we saw them here,” said Barry.  “We’ve got to look at their past few games – we’ll look at video and the coaches will get us ready and we’re looking forward to it.  We’re a different team than when we played them in preseason and it’s going to be a good game.  Everybody has got to be ready when called upon.  I know we have a group of guys that can come in and do the job – we’ve shown it against Austin Bold and New Mexico.  It’s a quick turnaround, but we feel ready; we can count on anyone on this team.”

“We got to see some of the individuals from Orange County that we don’t know well in that preseason game,” said Switchbacks Head Coach Brendan Burke.  “Ultimately the game on Thursday will be about us and our identity and making sure we continue to roll the way we have been.  This week I think we need to rotate again, so how we rotate will be dictated by training today and tomorrow.  We’re in a good position to rotate based on the performances that were put in last week by pretty much everyone that was involved, so that puts us in a good position.  We’re understanding that there’s a lot that we can do better in that New Mexico game – we won 3-1 but I thought there was more in the game for us if we’d been a little sharper.” 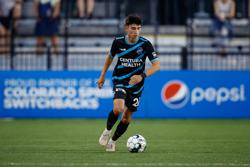 “There are always things we can learn from past games – even in preseason,” said Sebastian Anderson.  “We got to see the way that OC will line up and the players that they have and some certain tendencies of theirs but obviously it’s ten games since then and they’re a new team now.  We have a lot of new pieces and we’re a different team, and I’m certain that we’re going to come out strong against a good team.”

On Independence Day, the Switchbacks welcome the Real Monarchs of Salt Lake City to downtown Colorado Springs, with the Phil Long family of dealerships presenting a 4th of July Fireworks Spectacular and a seat cushion giveaway.  Tickets for both matches this week remain available HERE.