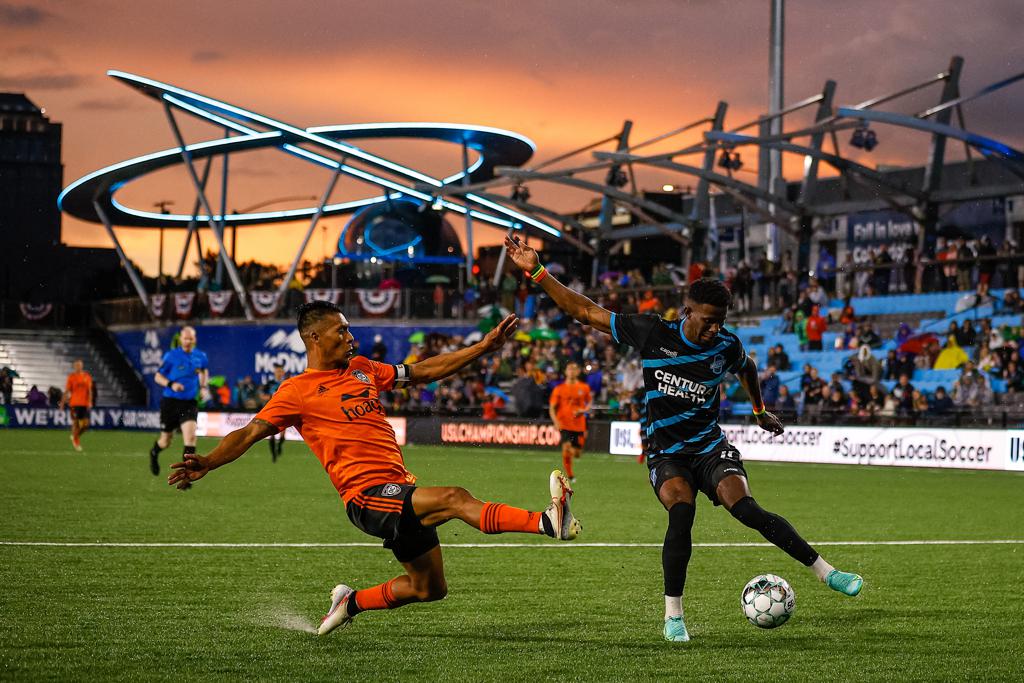 On a rainy night, the Switchbacks started bright as Deshane Beckford created space on the left side of the penalty are before hitting a low shot to the left post that was turned wide by Abraham Romero. Michee Ngalina created another opportunity for the Switchbacks down the right side of the penalty area as he played a cross to Hadji Barry but Barry couldn't direct the driven cross on target.

Orange County got on the board first in the 18th minute as Brent Richards played a cross to the head of 6' 6" Eero Markkanen as he directed the ball inside the right post from six yards out.

Barry went close to an notching his 11th goal of the season in the 24th minute with a curling effort that was turned wide of the right post by Romero, while Beckford also fired wide of the left post for the hosts a few minutes later. The Switchbacks created another opportunity as Ngalina beat a defender on the dribble near the left touchline and played a pass to an outreaching Sebastian Anderson who directed his shot just wide of the right post.

The Switchbacks were looking to equalize in the second half as Ngalina got behind the Orange County defense and played a pass to Barry running into the penalty area but the pass was just too far out of Barry's reach. With just 14 minutes remaining, Barry played Ngalina into the right side of the penalty area but his shot struck the base of the near post before going out for a goal kick. Jimmy Ockford came up for a corner kick in the final minutes of the game as he rose up over a defender near the right post and directed his header downwards and just wide of the post.

Orange County found a second goal in the 90th minute as Eric Calvillo pounced on a loose ball inside the penalty area before squeezing a shot by Sean Melvin to double the visitor's lead before fulltime.

The Switchbacks FC are back at Weidner Field to host a 4th of July Fireworks Spectacular show after the game against Real Monarchs SLC on July 4. The game is presented by Phil Long Dealerships, who are providing seat cushions to the first 500 fans in the gates at 4pm MT, with kickoff set for 6:30pm MT. Tickets are available HERE.