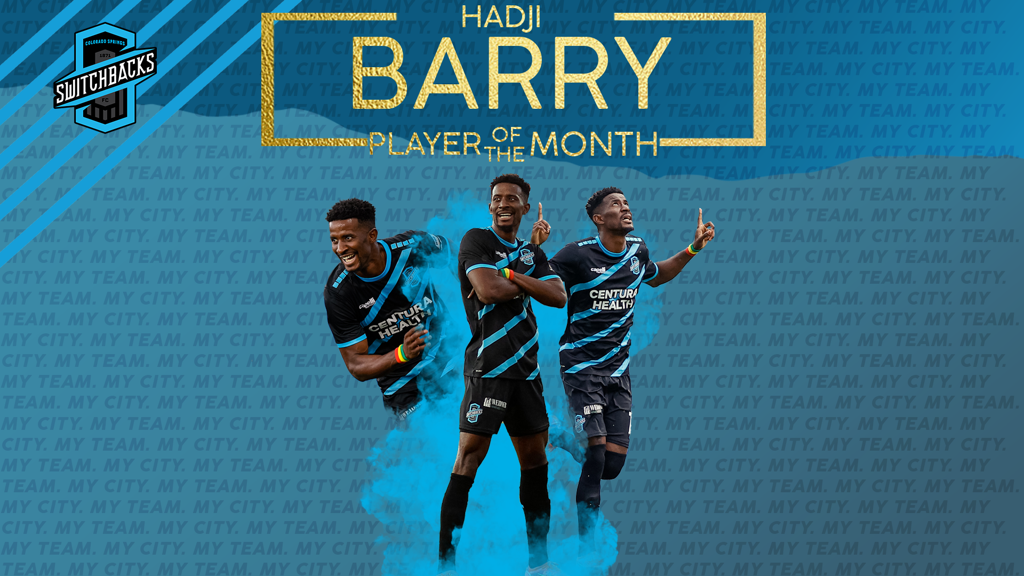 The Colorado Springs Switchbacks FC and the USL Championship announced that Hadji Barry has been voted the Player of the Month for June. Barry is the first Switchbacks player to ever earn the award.

The Guinean forward recorded a goal in all five of the Switchbacks games, finishing the month with seven goals and three assists overall as he claimed his spot at the top of the race for the Golden Boot. Barry's run of form saw him score in seven consecutive games.

Barry currently sits on 12 goals in his first 11 games of the 2021 season, and last week he scored his 50th regular-season goal in the Championship for his career.

Last week, the Switchbacks signed the prolific forward to a two-year contract extension, keeping Barry at the club through the 2023 season.

"It really means a lot. I'll forever be grateful for the opportunity the Switchbacks have given me and the belief they have shown in me since the first day I got here," said Barry. "I'm really looking forward to calling Colorado Springs my home for the next few years. I can't wait to bring more success to this organization and bring happiness to our fans because we have some of the best fans in the league with the new stadium. I'm just looking forward to it, I'm excited for the years to come."

Barry received 52 percent of a weighted poll that included the USL Championship Technical Committee, a national panel of independent media representing every USL market, and an online fan vote.

The Switchbacks are back at Weidner Field on July 17 against San Antonio FC with gates opening at 11am for a 12pm kick off. This game will be nationally broadcasted on ESPN 2. Tickets are available HERE.