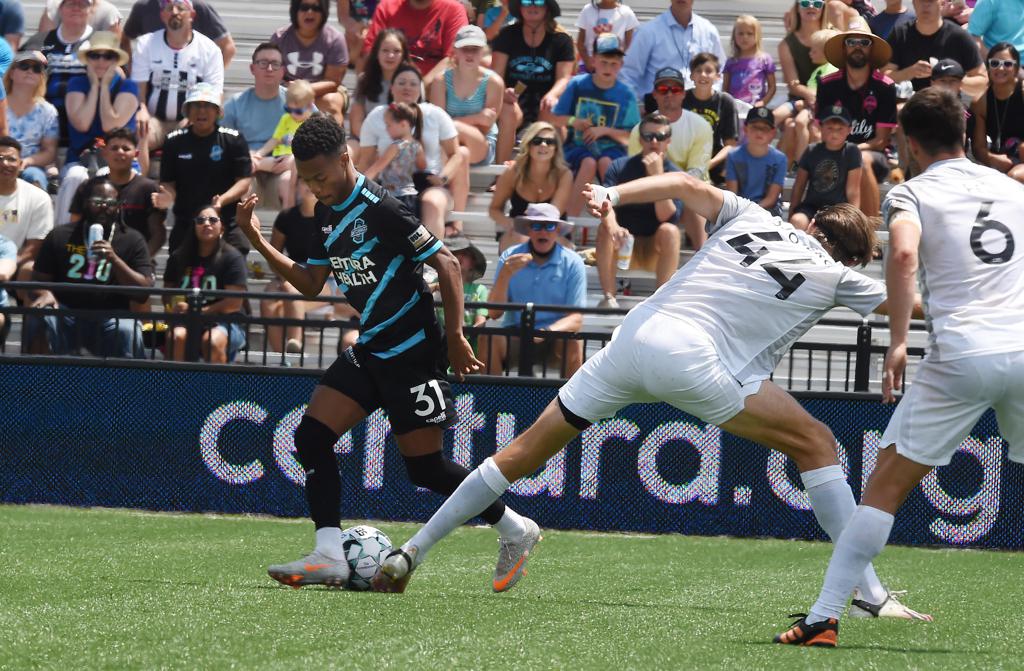 San Antonio got on the board early as a turnover found Nathan with space in the box as he finished a powerful strike. The Switchbacks equalized in the 14th minute as Michee Ngalina dribbled into the right side of the penalty area before hitting a shot that was originally saved by Matt Cardone. The rebound fell to the foot of Hadji Barry who took a touch before scoring his league-leading 13th goal of the season.

The visitors had an opportunity to equalize from the penalty spot after a shot hit the arm of Switchbacks defender Michael Edwards. PC put his penalty kick into the top left corner for San Antonio's second goal. The Switchbacks nearly battled back quickly as Ngalina got behind the back line to see his 1-v-1 shot saved and the his rebound shot while on the ground was put just wide of the left post.

An opportunity fell to the foot of Switchbacks midfielder, Beverly Makangila, from a cleared corner kick as Makangila hit a shot under the crossbar but it was saved out for a corner kick by Cardone. Just before halftime, San Antonio played a pass behind the Switchbacks defense as Sean Melvin came out to tip the ball away from the foot of Sam Gleadle. There was judged to be a foul as a second penalty kick of the game was awarded to San Antonio as Nathan scored his second goal of the game, this time from the spot.

The Switchbacks got a goal back as Edwards played a long pass from his own half to the top of the penalty area. Zach Zandi ran onto the end of the pass and chipped a looping ball over the head of the goalkeeper and into the back of the net for Zandi's first goal with the Switchbacks.

Deshane Beckford had an opportunity in the final minutes of the game to tie the game at three when he dribbled inside the left side of the penalty area and unleashed a shot headed towards the top right corner of the goal but Cardone made his eighth save of the game to preserve the 3-2 scoreline.

The Switchbacks are back at Weidner Field on July 23 for their first-ever meeting against Louisiville City FC with gates opening at 6pm for a 7pm kick off. The game is presented by FOX 21 News as the first fans in the gates will receive a free special edition signature trophy of Hadji Barry. Tickets are available HERE.