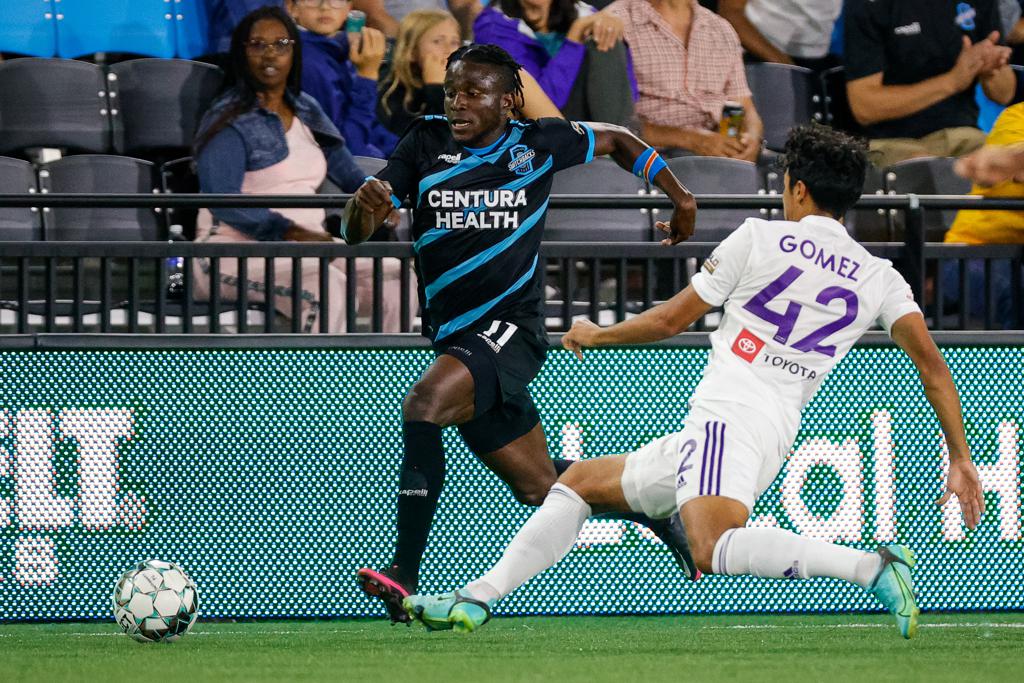 The first chance of the game fell to the foot of Louisville's Brian Ownby from a corner kick but Abraham Rodriguez came out to make a foot save from point blank range.

Louisville got on the board first in the 74th minute as Jonathan Gomez played a cross on the ground to Antoine Hoppenot who scored from three yards out.

The Switchbacks found a late equalizer when Matt Mahoney played a pass into Ngalina who turned and dribbled to the top of the penalty area. Ngalina unleashed a powerful shot to the bottom right corner of the goal that was too strong for for Hubbard to keep out. Ngalina's fourth goal of the season was enough to secure the 1-1 draw in the first ever meeting between the two clubs.

The Switchbacks are on the road for the next two games, taking on Loudoun United FC at 4pm MT on July 31 and Austin Bold FC at 6pm MT on August 4.

The Switchbacks are back at Weidner Field on August 7 to face Hartford Athletic with gates opening at 6pm for a 7pm kick off. The game is presented by Centura Health on Galactic Night, with the first 4,000 fans in the gates receiving a free saber. Tickets are available HERE.