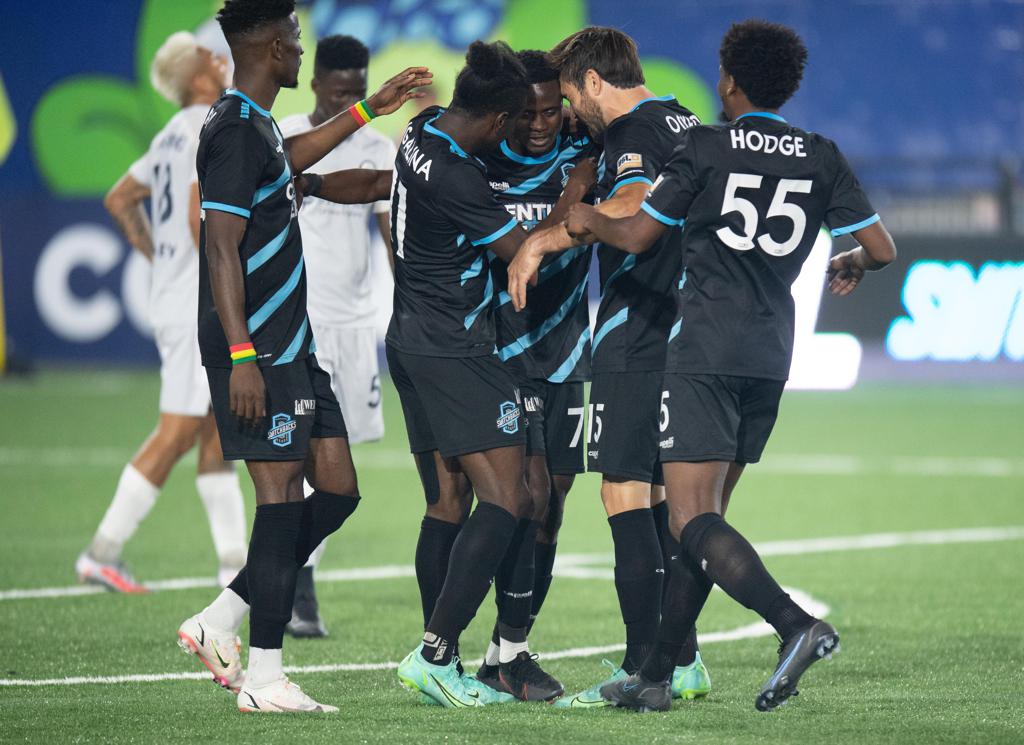 Barry got the party started from the penalty spot in the 19th minute after Philip Mayaka was tripped in the box. Barry placed his penalty to the bottom right corner of the goal for his 15th goal of the season, setting a new record for goals in a single season by a Switchbacks player. Tonight's game marked the halfway point of the 2021 season for the Switchbacks.

Hartford equalized from a Conor McGlynn volley into the bottom right corner in the 24th minute.

The hosts would restore their lead before halftime from a corner kick as Sebastian Anderson served a ball to the top of the six-yard box and Michee Ngalina rose up to send a powerful header off the fingertips of the goalkeeper and into the back of the net.

The Switchbacks added to their lead six minutes into the second half when Anderson played a long pass to Deshane Beckford who cut the ball back to Andre Lewis for a simple finish for the Jamaican's first goal of the season. Hartford got a goal back in the 58th minute when a cleared cross fell to Samuel Armah Ashitey who took a touch before unleashing a shot from 25 yards out into the top left corner of the goal.

However, Lewis quickly added a second goal when Barry played a pass to Ngalina on the top of the penalty area who laid the ball off for Lewis to pick his spot and smash his shot just inside the post at the bottom left corner of the goal to seal the Switchbacks' victory at Weidner Field.

The Switchbacks are on the road for their next three matches: Memphis 901 FC on August 10, Rio Grande Valley FC on August 14, and Charlotte Independence on August 21.

The Switchbacks are back at Weidner Field on August 28 to face Austin Bold FC with gates opening at 6pm for a 7pm kick off. The game is presented by Pikes Peak National Bank for Bucket Hat Night, with the first 500 fans in the gates receiving a free bucket hat. Tickets are available HERE.