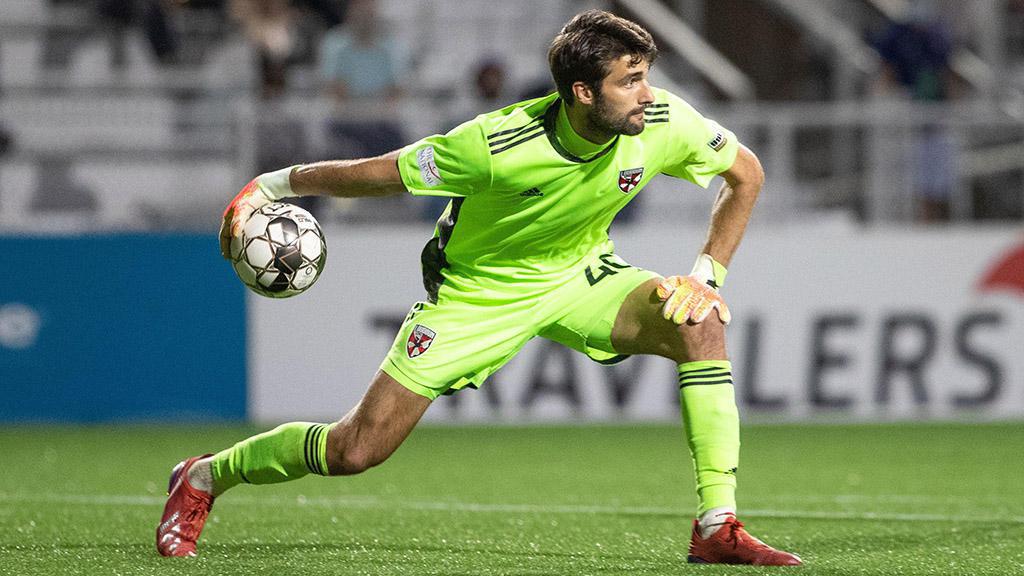 Colorado Springs, CO (September 4, 2021) – The Colorado Springs Switchbacks FC have acquired Simon Lefebvre on loan from Louisville City for the remainder of the 2021 season with a club option to buy, pending USL Championship and USSF approval.

"We are all excited to see what Simon [Lefebvre] can bring to the group, our experience with him in Reading [United AC] was a very good one and I'm hopeful that he will push the rest of the goalkeeping core as we prepare for a run to the playoffs," said Switchbacks Head Coach, Brendan Burke.

Lefebvre joins the Switchbacks after most recently signing with Louisville City prior to the 2021 season but has yet to make his debut. The 24-year-old goalkeeper previously played for Girondins de Bordeaux's reserve team (Ligue 1 - France's top tier), Reading United AC in USL League Two, and Temple University during his amateur career. Lefebvre made 35 appearances for the Owls and was named to the All-AAC Second Team in 2019.