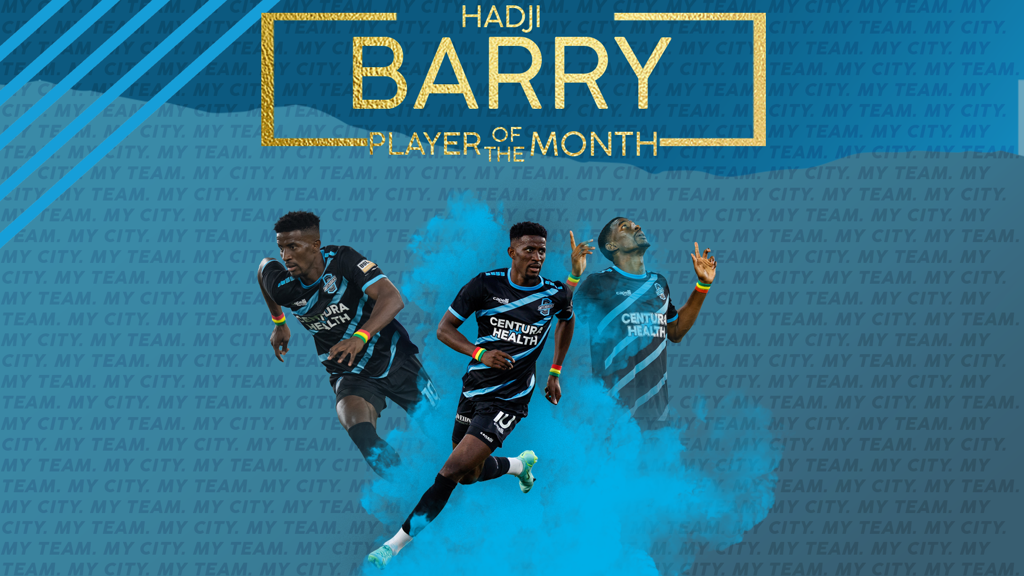 Colorado Springs, CO (September 9, 2021) – The Colorado Springs Switchbacks FC and the USL Championship announced that Hadji Barry has been voted the Player of the Month for August presented by Cleer Audio.

In six games in the month of August, Barry scored six goals and recorded an assist to continue his incredible season. Barry was also voted the Player of the Month in June when he became the first Switchbacks player to ever earn the USL Championship's award.

The Guinean forward is currently on 21 goals in his pursuit of the Golden Boot and the Championship's single-season scoring record of 25 goals, set by Louisville City FC forward Cameron Lancaster during the 2018 season. With 10 games to go in the regular season, Barry is just five goals short of setting the new record while helping the Switchbacks earn a playoff berth in the Mountain Division.

"This definitely has to be one of my best seasons of my whole career playing football. I'm so thankful to be a part of the Switchbacks," Barry told the USL Championship. "The coaching staff all really believe in me and that motivates me going onto the field to do what I do best and try to help the team succeed."

Barry received 25 percent of a weighted poll that included the USL Championship Technical Committee, a national panel of independent media representing every USL market, and an online fan vote held at USLChampionship.com.

The Switchbacks are back at Weidner Field on Saturday, September 11 to face Rio Grande Valley FC with gates opening at 6pm for a 7pm kick off. This is Super Hero night with Switchbacks pennants being given away to the first 1,000 fans in attendance at 6pm courtesy of Children's Hospital Colorado, Colorado Springs. Tickets are available HERE.