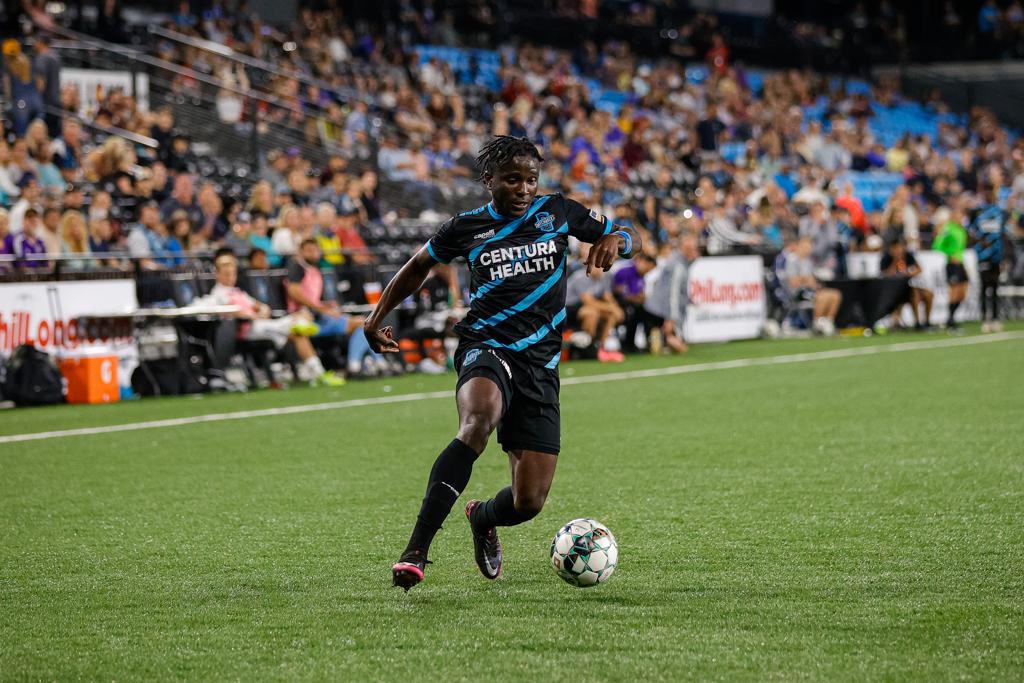 Colorado Springs, CO (September 21, 2021) – Colorado Springs Switchbacks FC have reached an agreement with Major League Soccer for the loan of winger Michee Ngalina to Los Angeles Football Club, the club announced today.  The deal includes a purchase option that could make Ngalina’s transfer value the highest ever from a USL club.

Ngalina was a top target for Head Coach Brendan Burke when he took control of the side in December and Burke is pleased with the progression he has seen in Ngalina.

“Michee has been a special player but also a wonderful person to work with.  Always with a smile on his face and a willingness to grow and learn. He had the foresight to take a chance on himself this year and has shown to be a top young talent in USL Championship.  It is phenomenal to see players like Michee use the platform that USLC can provide to showcase their ability to make an impact at higher levels of the game, while still working out the few things that need attention.  It is a very thoughtful approach for such a young player to take and it again speaks to what a well-rounded individual he is.  Michee has been integral part of our success to this point and the staff and players here in Colorado Springs will be his biggest fans as he embarks on the next stage of his journey.”

The 21-year-old appeared in 21 games for Switchbacks FC, tallying eight goals and eight assists after arriving from Philadelphia Union in January. The Kinshasa, Democratic Republic of Congo, native came to the United States as part of the elite Montverde Academy with the support of Rainbow Sports Global and was signed in 2018 by Bethlehem Steel, where he first worked with Burke.  He was named to USL’s 20 Under 20 list in both 2018 and 2019 prior to signing a first team contract with Philadelphia.  Ngalina has also been part of the DR Congo youth national team setup, where he was the leading scorer for his country’s U17 team in the 2016 cycle.

“Michee’s move validates the fact that Switchbacks FC are in a new era in which the team can compete with the best of USL, individuals can perform and earn the opportunity to pursue their dreams of playing in top flight leagues, and soccer operations can contribute to a sustainable business model for the club,” said the team’s General Manager Brian Crookham. “Michee has certainly earned the opportunity in front of him. The staff work hard every day to ensure that the recruitment and preparation of this caliber of player will allow others to follow in Michee’s footsteps.”

While specific terms of the transfer are not public, Switchbacks FC will receive a loan fee for 2021 and LAFC has an option to purchase at the end of the season for a fixed transfer fee plus conditional payments and a percentage of future sell-on revenue.