Vargish's View: Colorado Springs Switchbacks FC Up For Rematch with RGV in Texas

Unbeaten in their last three matches, the Switchbacks make their way to border country for a Saturday evening showdown with the Rio Grande Valley FC Toros in Edinburg, Texas.  Saturday marks the second time in just eight days that the Switchbacks and Toros have faced off.

Saturday’s match against the Toros will be broadcast live by the voice of the Switchbacks, Ryan Kaufman, on XTRA Sports 1300 AM and xtrasports1300.com, with coverage beginning at 6pm MT.

On Wednesday evening, the Switchbacks tied El Paso Locomotive 0-0 at Weidner Field.  “I think a point felt fair,” said Switchbacks Head Coach Brendan Burke.  “El Paso got on top of us for two or three spells – they’re so technical and their team is so deep.  Obviously they’re heavily resourced in terms of their roster – when you’re able to bring Dylan Mares and Sebastián Velásquez off the bench you’re literally bringing hundreds of thousands of dollars into the game.  I was happy that we got a point and I think if we had nicked it one-nil it would have been fair, but I think nil-nil was the fairest result.”

RGV FC have not played since the aforementioned match against the Switchbacks on September 11th, and are winless since August 4th.  In the Switchbacks’ first matchup with RGV FC this season, the Switchbacks ran away 5-2 winners on August 14th at H-E-B Park in Edinburg behind a brace from the USL Championship’s leading scorer, Hadji Barry.  Striker Elvis Amoh continues to impress during the 2021 USL Championship campaign, with the Ghanaian leading the Toros with eight goals. 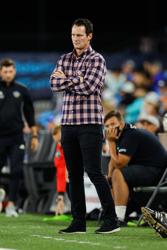 The Switchbacks made numerous changes for the visit of El Paso to Weidner Field on Wednesday night, and further lineup rotation will occur on Saturday as the Switchbacks conclude a taxing stretch of games.   “This is our fifth game in 15 days so it’s just brutal,” said Burke.  “And to have to get on two flights to get down there is...yeah.  They should smack us, honestly; they really should.  But they won’t because we’ve rotated so heavily and Jimmy [Ockford] is coming off the suspension that he never should have had from the game against RGV, so we’re going in there angry.”

“There will be a lot of rotation for Saturday,” continued Burke.  “I think we’ll be in a position where in midfield we’re able to rotate because we have six or seven players who are performing at a very high level.  I was really pleased with how Stevie [Echevarria] and Bev [Makangila] and Rony [Argueta] played against El Paso.  And we have Maya [Philip Mayaka] and José [Torres] and Andre [Lewis] – and [Zach] Zandi could be coming back into the fold this weekend.”

Switchbacks veteran Rony Argueta was particularly impressive against El Paso.  “Having him here has gotten us a lot of points this year,” said Burke when asked about Argueta.  “Down at RGV he was excellent and we got three points.  He was excellent against the top team in the league and we got a point against El Paso.  I can’t say enough about Rony.  He’s contributed a ton to this group.  I wasn’t sure coming in to the season if he could play in our style, but he suits us perfectly; especially in the role that he’s playing right now where he’s able to start or he’s able to come off the bench and kill a game.  He’s experienced, he’s level-headed, and he just does so much for us and so many good things.” 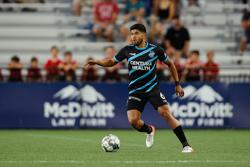 “It’s always good to hear that I have their trust and their confidence,” said Argueta on Thursday evening.  “At the end of the day we’re all professionals and we just have to be ready whenever our number is called and that’s our mentality.  Coach has done a really good job in managing the players and we’re looking forward to getting three points down in RGV.  On Saturday we need to be patient with the ball in their half, move the ball side to side, and stay together – it’s a pretty tough place to play, but if we stick together I really think we can come away with points.”

On September 25th, the Switchbacks return to Weidner Field for Mustache Night, with the first 1,000 fans receiving a stick-on mustache, courtesy of the Better Business Bureau of Southern Colorado.  Tickets are available HERE.