The Austin Bold have recorded three wins and a draw since former University of Tampa Spartan Ryan Thompson took over as Head Coach on September 4th following a 4-1 loss to the Switchbacks on August 28th.  At the time of writing, the Bold sit in 4th place in the Mountain Division, four points behind the Switchbacks and with a game in hand.

“Austin are entirely different now with Ryan coaching and it’s changed their identity,” said Switchbacks Head Coach Brendan Burke.  “He’s moved a couple guys like Amobi [Okugo] into their natural positions and he’s kind of cut the team loose.  They’re now a lot more aggressive from what I can see so far, so I expect a totally different game from the last time we saw them.  They’re not conceding and they’re finding ways to win – they haven’t lost yet.  They’re absolutely more dangerous now under Ryan.”

On Wednesday night, the Austin Bold tied 2-2 with table-topping El Paso Locomotive at Bold Stadium after a 94th minute equalizer from Sonny Guadarrama.  Austin native Guadarrama rejoined the Bold on September 15th, having left his hometown club at the conclusion of the 2020 USL Championship season.

Austin Bold’s French defender Fabien Garcia was named to the USL Championship Team of the Week following his game-winning free kick against FC Tulsa on September 18th.  Garcia is tied atop Austin’s goal scoring chart with Mexican midfielder Xavier Báez – each player has found the net four times in 2021.

The USL Championship’s leading scorer Hadji Barry was also named to the Team of the Week, marking the fifth time the Guinean has garnered the award this season.  Barry’s brace led the Switchbacks to a 2-1 comeback win against the Rio Grande Valley FC Toros last Saturday night at H-E-B Park in Edinburg, Texas. 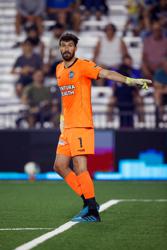 “We showed character to come back and dig it out and get a result [against RGV FC] and that shows that we’ve got a really strong team,” said Canadian goalkeeper Sean Melvin.  The win against the Toros rounded out a series of five matches in just 15 days for the Switchbacks.  “We had such a long schedule of travel and games, so being able to rest and prepare and refocus on the Austin game is huge for us,” added Melvin.  “Having this week to prepare really helps – we’ll prepare as we always do this week and be as ready as we can.  I think we did really well over that last stretch of games – we even went behind a goal [against RGV FC].  On Saturday we need to go out, start the game well and execute our game plan.”

“We’ve been desperate for this [time to prepare] for weeks,” said Switchbacks Head Coach Brendan Burke on Tuesday at Weidner Field.  “No one has had a day off in probably three weeks now, and we’ll give the guys Wednesday off while Austin play, so it should be all about energy systems this weekend and having everyone ready to pop at the opening whistle.  Everyone has held up – some guys have needed a little more time to recover, but everyone has held up.”

Saturday marks the fourth and final time the Switchbacks and Bold will meet in the 2021 USL Championship regular season.  The Switchbacks have won twice against Saturday’s opponents, while the Bold picked up a 2-1 win in Texas’ capital city on August 4th. 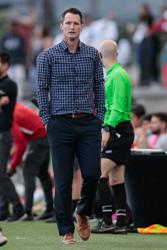 “We need to dominate the game from an energy system standpoint on Saturday to make sure we’re on top of people and to press and re-press,” said Head Coach Burke.  “And if Austin sit, we need to break them down early so that they can’t sit – we just have to be super aggressive.”

For those unable to attend, the match against the Austin Bold will be broadcast live by the voice of the Switchbacks, Ryan Kaufman, on XTRA Sports 1300 AM and xtrasports1300.com, with coverage beginning at 5:30pm MT.

The Switchbacks will host the El Paso Locomotive at Weidner Field on October 2nd on Free Underwear Night, presented by Sheath, with the first 1,000 fans through the gates at 5pm receiving a pair of underwear.  Tickets for the match against El Paso are available HERE.