The Rocky Mountain rivalry is rekindled this Friday as the Switchbacks head to Herriman, Utah to face the Real Monarchs SLC at Zions Bank Stadium.  The match against the Monarchs will be broadcast live by the voice of the Switchbacks, Ryan Kaufman, on KVOR 740 AM and KVOR.com, with coverage beginning at 6:30pm MT.

Friday’s opponents have played twice this season, with the Switchbacks winning both matches at Weidner Field.  On Independence Day, goals from Deshane Beckford, Hadji Barry, and Michael Edwards led the Switchbacks to a 3-1 win over the Monarchs.  Hadji Barry opened the scoring on September 8th, before a stunning strike from José Torres sealed a 2-0 win for the Switchbacks. 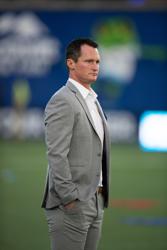 The Real Monarchs SLC enter Friday’s match with an overall record of 4-18-5.  Head Coach Jámison Olave has used 42 different players during the 2021 USL Championship season, with further changes possible for the visit of the Switchbacks.  The Monarchs’ Major League Soccer parent club, Real Salt Lake, will not play until Saturday, October 16th when they host the Colorado Rapids at Rio Tinto Stadium.

“I expect [the Monarchs] to drop first-team players – a lot of first-team players – into Friday’s game,” said Switchbacks Head Coach Brendan Burke.  “So on Friday it’s not the bottom-of-the-Mountain Division team that we’re playing: it’s the back end of the first-team that’s in a playoff position in MLS.  Unfortunately for us, that’s just how the timing worked out.  But Friday has to be about us.  Every game for the next five is a playoff game for us if we want any chance at a home playoff game.  And more importantly, this would be the first time we’ve made the playoffs in five years, so it’s vitally important that we stay focused on nights like Friday.” 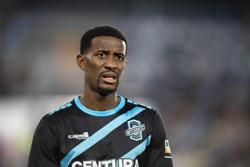 “We take every opponent the same,” said the USL Championship’s leading-scorer Hadji Barry.  “We have to respect every opponent we’re playing against and we have to go into every game with the same mindset, which is all about getting three points.  We’re on the road and we won’t take the Monarchs lightly – they’re in this league for a reason and we’ll be ready.  We just have to keep doing what we have been.  We deserved three points on Saturday [against El Paso] but we were just unfortunate that we couldn’t put a couple [goals] in.  And we have to go into the Monarchs game with the same mindset and just keep pushing, try to get in behind, and try to create as many chances as we can.”

The Switchbacks are undefeated in their last six games after a 1-1 draw with El Paso Locomotive on Saturday evening at Weidner Field.  Saturday’s match saw the return of Dillon Serna to the starting lineup after a long-term injury layoff.

“He’s a really experienced guy, so it’s a huge boost to the group to have him back,” said Head Coach Brendan Burke when asked about Serna.  “This is a guy that’s played a hundred-plus games in MLS and he showed that quality in a lot of critical moments against El Paso and that helped us stay on top of the game and have 60% of the ball.  When you have balance and technical ability all over the place, it’s a different look for us because we now have the technical ability to throw at you, but also the pace – especially when we get Becky [Deshane Beckford] and [Thomas] Amang back.  We’re gradually getting better and better – and at the right time of the season.” 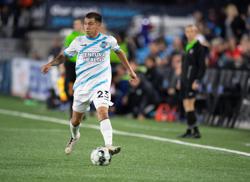 “It was a pretty significant injury and it’s been a long road, but I’m happy to be fit again and on the field – it was a long time coming for me,” said Serna before looking ahead to Friday’s matchup in Utah.  “The mentality stays the same this week and we’re focusing on ourselves.  We’re going to keep playing the same way – we know that we can compete with anybody in the league.  It doesn’t matter who we’re playing; we’re going to continue to play our game and hopefully get three points.  The biggest thing we want to do is turn the chances that we created against El Paso into goals on Friday.  We got a result, but I think at the same time we all felt a bit disappointed.  I think we left a lot on the table – we controlled a lot of the first half and had plenty of chances, but going down 1-0 late and being able to come back with the equalizer was big and we’re happy with that.”

Next Wednesday, the Switchbacks will head to Far West Texas to face El Paso Locomotive at 7pm.  On Saturday, October 16th the Switchbacks play their final regular season game of 2021 at Weidner Field in downtown Colorado Springs as they host the Rio Grande Valley FC Toros on Soccer Ball Night.  The first 1,000 fans through the gates at 5pm will receive a complimentary soccer ball, courtesy of Comcast Business.  Tickets are available HERE.