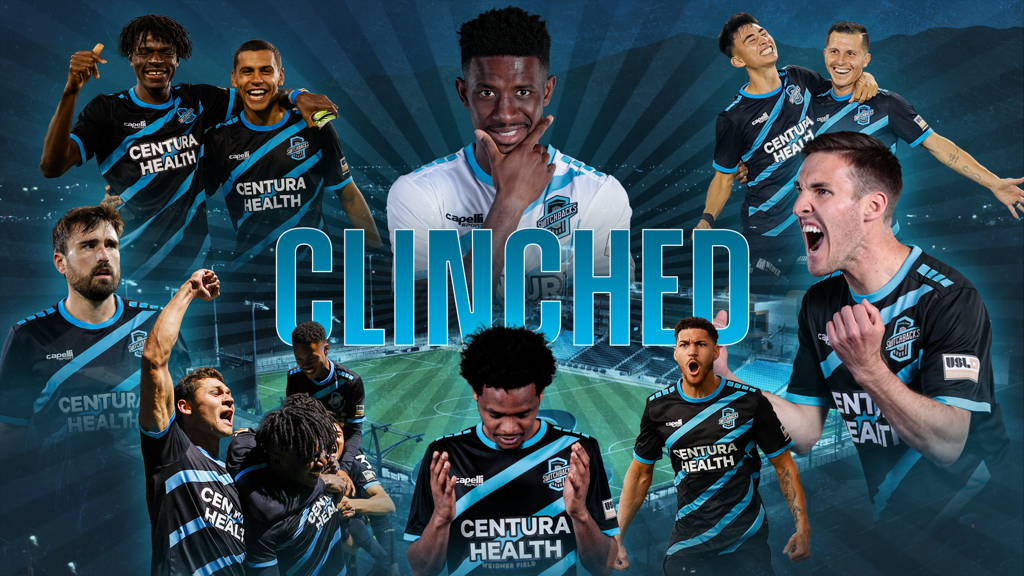 In the first season at Weidner Field in downtown Colorado Springs, the Switchbacks recorded a 8W-3L-5T home record on their way to the club's first postseason berth since 2016. The Switchbacks have recorded a goal difference of +13 in 30 total games so far this season, outscoring their opponents 59 to 46.

With two matches remaining, the Switchbacks have already set a new club record in goals scored (59).

While the Switchbacks are confirmed to be in the playoffs, playoff seeding is still to be determined. The Switchbacks are currently tied with San Antonio FC on 48 points with two games remaining, setting up an intriguing matchup between the two clubs on October 30th to potentially decide who will host a Pacific Division team in the Western Conference Quarterfinal.

Switchbacks forward, Hadji Barry, recently scored his 25th goal of the season, tying the USL Championship record for goals in a single season and now has his eyes on breaking the record with two road games remaining.

The Switchbacks final games of the 2021 season start with a trip to Utah to face the Real Monarchs SLC on October 22nd and back to Texas to face San Antonio FC on October 30th.