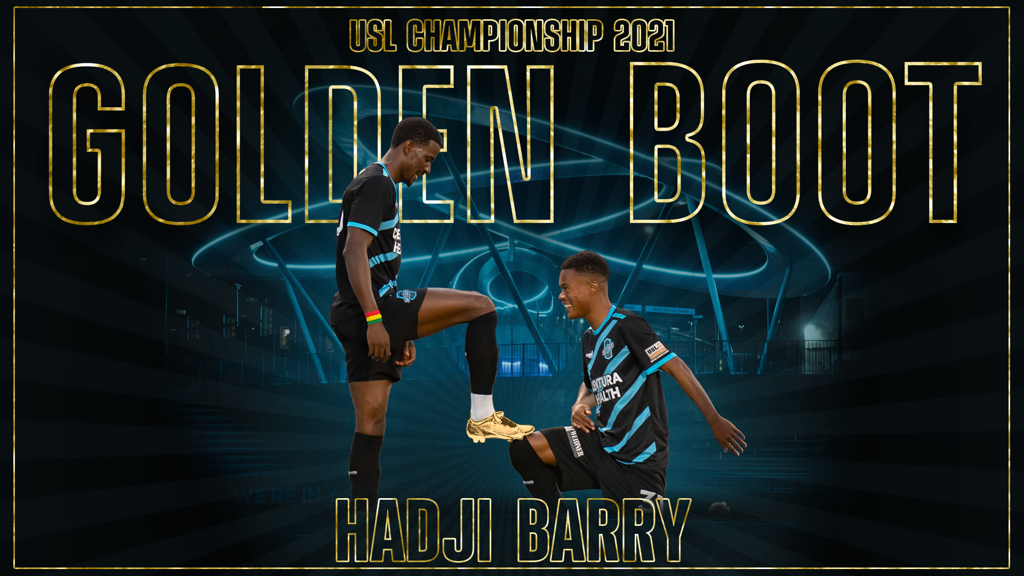 The Golden Boot is a prestigious award from the USL Championship given to the league's highest goal scorer each season.

"I'm very happy and thankful for this award because this is a reward of all of my hard work and dedication I've put into this season in trying to help the team succeed," said Barry. "I would like to thank my teammates and coaching staff for all of their contributions to put me in position to succeed this year. Without them, none of this would've been possible. The job is not done yet, hopefully there's more goals out there for me to help this team go as far as possible in the playoffs. That's the main goal right now."

The Guinean forward had a career season as he scored 25 goals in just 32 games in his first season with the Switchbacks, good enough to equal the previous record set by Cameron Lancaster of Louisville City FC in 2018. Barry started his Switchbacks career off with a bang, scoring 10 goals in his first eight games, including a streak of goals in seven consecutive games between May 14 and June 25. In addition to the goals, Barry recorded five assists on the season.

The Switchbacks now turn their head to the 2021 USL Championship Playoffs where they will play on the road against Orange County SC at 8pm MT on Saturday, November 6th. The Western Conference Quarterfinal will be streamed live on ESPN+ and available locally on the radio on XTRA Sports Radio AM 1300.