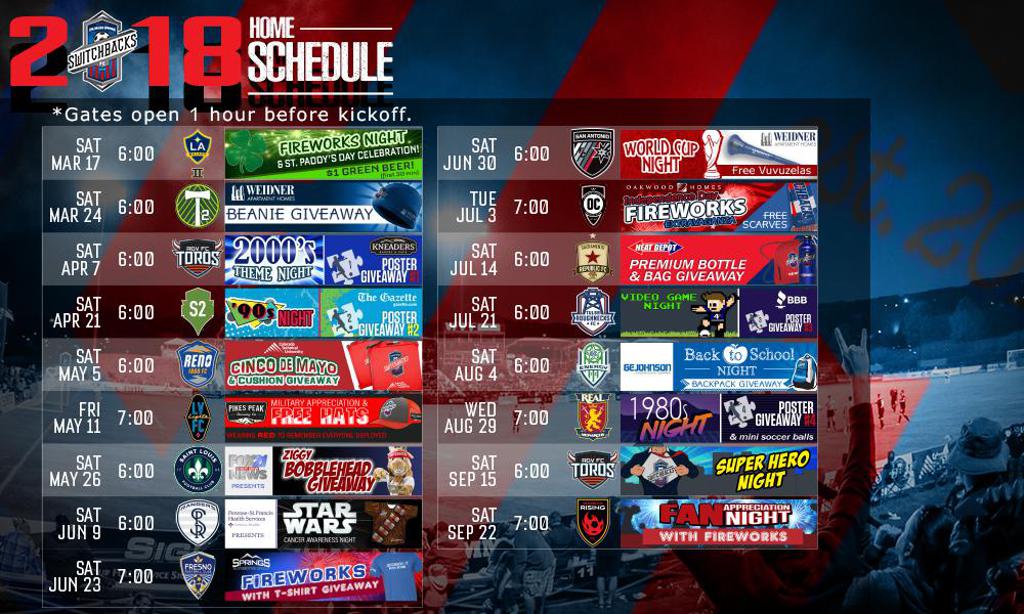 The Switchbacks will kickoff their season on March 17th with a St. Paddy's Day Celebration with green beer and post-match fireworks show in their home opener against LA Galaxy II. The Switchbacks will also be extending their $1 Beer at gates open throughout the entire 2018 season.

The Switchbacks will cap off their 2018 home schedule with Fan Appreciation Night with their fourth and final fireworks night on September 22nd as the team takes on Drogba and Phoenix Rising.

The full promotions calendar can be found here.

The Switchbacks will kick their 2018 USL campaign on March 17 as they host LA Galaxy II at 6:00 PM at Weidner Field for St. Paddy's day celebration with fireworks and $1 beer the first 30 minutes after gates open at 5:00 PM. Tickets start at just $12 and are available here.